The Great British Bake Off is back! We’ve been pacing back and forth in front of ovens and dreaming about being chased by cakes for weeks and it’s finally here! Back to Mel and Sue’s hilarious innuendos and Paul’s icy stare – I’M SO EXCITED!

As I’m sure you can tell, we’re all Bake Off geeks in the Equi’s office. We weren’t going to be happy just sitting back and enjoying the show so that’s why we’re going to be making an ice cream version of one of the challenges every week as part of Equi’s Bake Off.

For cake week we had to go with the technical challenge – the classic Jaffa Cake! With layers of orange and sponge flavoured ice cream, a layer of orange infused sponge, orange puree and then topped with a think layer of chocolate I’m sure Mr Hollywood himself drooling! 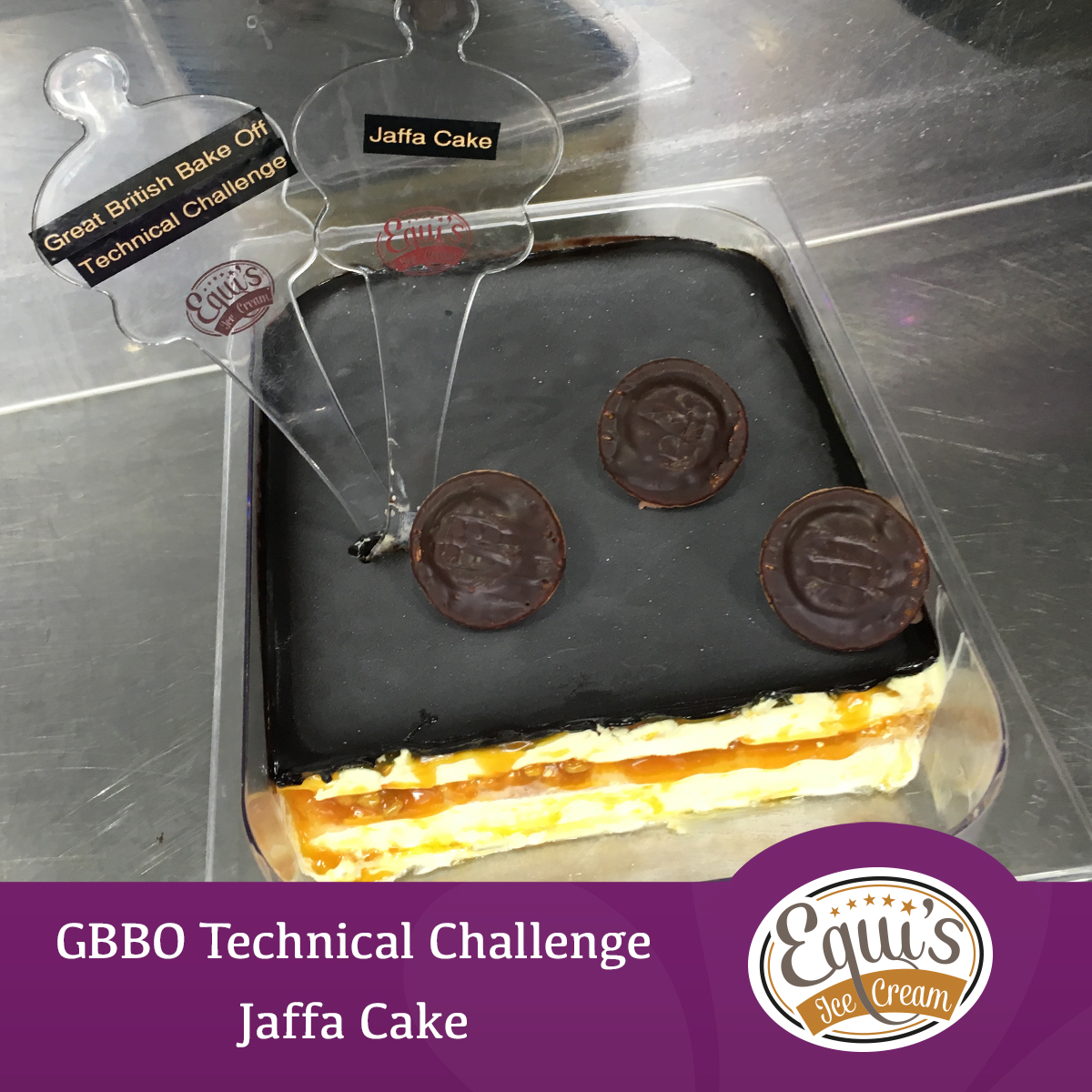 Paul Hollywood might be able to critique crumb composition from just smelling a bake but I’m not sure how well his skills could transfer over the world of ice cream. We had to call in some experts – Gary (our operations manager and technical wiz), David Equi (surely the surname gives it away) and our guest judge, Josef Boni (son of Mr Boni of Edinburgh and ice cream recipe maestro).

Very clever how you’ve combined the sponge flavour with the orange in the ice cream then added a layer of orange infused sponge – it really packs a lot of flavour!

Lovely flavour – you can definitely tell it’s based on a Jaffa Cake. I would have liked to have seen a bit more chocolate though.

Great taste but the presentation could do with a bit of work – where’s the criss cross pattern on the top?

Our ice cream Bake Off flavours will be available in our Hamilton and Motherwell stores from Wednesday afternoon – only while stocks last so you’ll need to be quick!

Now to think about biscuit week…

Want to see what we made last year? Head over to Buzzfeed.